Leaden and Satin Flycatchers both occur along the eastern seaboard and are summer migrants in the southern end of their range. They both have plumage with a glossy sheen, which can look vastly different depending on the light and angle at which they are being viewed. So how can you tell them apart?

While Leaden and Satin Flycatchers both migrate along the Great Divide each year, and can be found nesting fairly close together in places like the ACT and East Gippsland, the two seldom occur alongside each other for direct comparison. If this was the case, you would be able to distinguish them on size—while Satins are only a centimetre or two longer, they’re more robust than Leadens, being about 15 per cent heavier.

The intense, darker blue of the Satin also contrasts with the metallic, greyish tone of Leaden Flycatchers. Yet depending on how the bird catches the light, Leadens can look quite richly coloured, while Satins can appear dull. As both species are often seen from below in the canopy, these differences can be difficult to pick up. 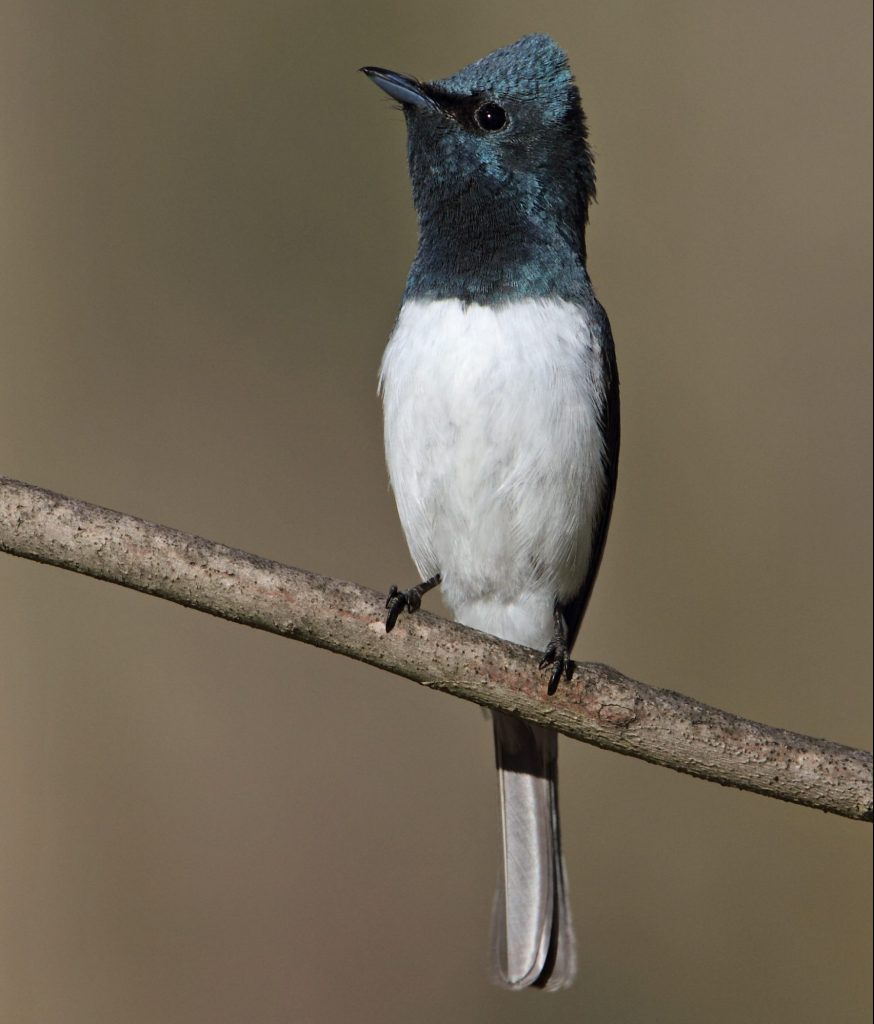 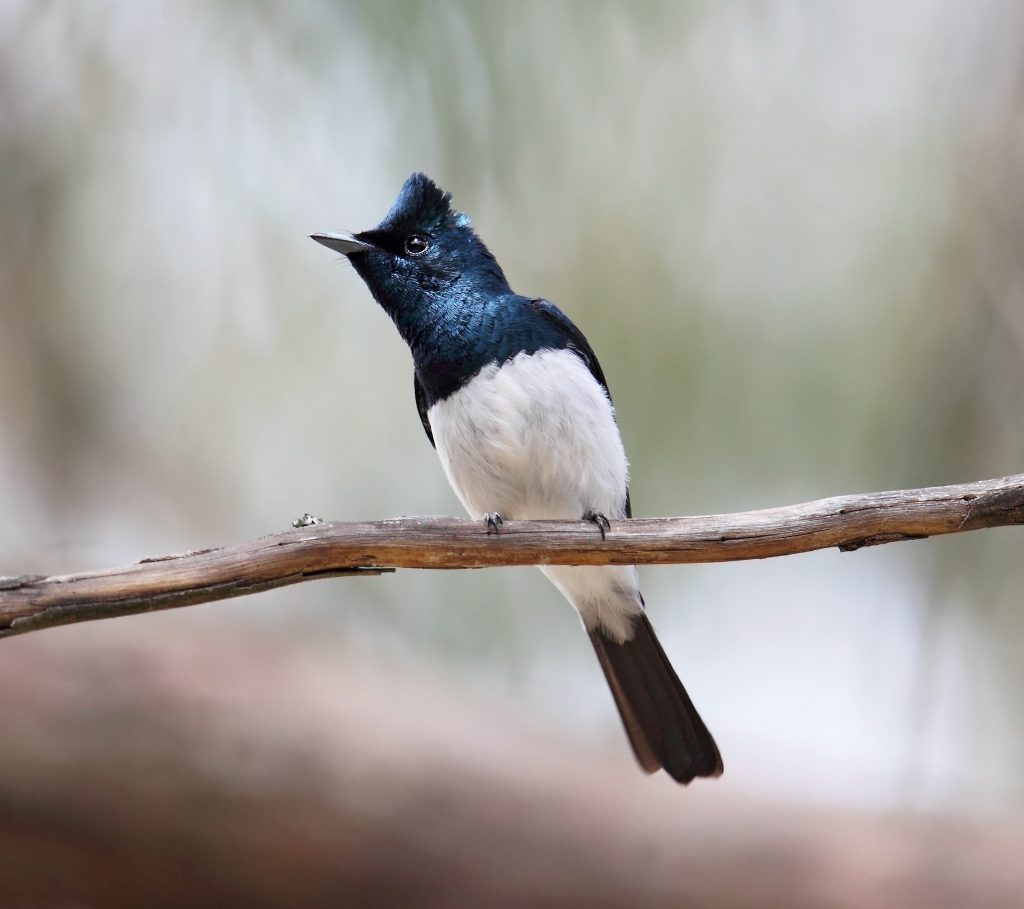 What to look for

How do you wear your waistcoat?

Both species have pure white underparts, but the delineation from the dark colours of the breast and throat is a key distinguishing feature, especially if seen front–on. The dark plumage on a Satin Flycatcher curves down to meet the wing, giving a concave appearance, whereas in Leadens it meets the wing straight-on, sometimes almost seeming to curve upwards into the wing (making it look convex).

Although the colour is more intensely darker blue on a Satin Flycatcher, this often depends on the light. What is far more consistent is the uniformity of the colour. Leadens generally have a greyer sheen, which is less consistent in its colouring, particularly on the lores (between the eyes and the bill), which are often much darker.

A tale of two tails

The underside of a Satin Flycatcher’s tail is blackish, contrasting strongly with the white belly, whereas Leadens have a paler, greyish-brown undertail.

Especially when in fresh plumage, Leaden Flycatchers have pale, almost silvery fringes on the wing feathers, adding to the impression of the back and wings being a different tone from the head and neck. The feather edges in Satins are more concolorous, making the upperparts look more uniform.

Different neck of the woods

While both species can turn up in unexpected places during migration, in the breeding season, their preferred habitat is usually quite delineated. Satin Flycatchers rarely, if ever, breed in Queensland (many old records are now thought to be misidentifications), and in NSW and Victoria they generally inhabit higher, cooler mountain gullies, whereas Leaden Flycatchers nest in various lowland woodland habitats, sometimes including paperbark swamps and mangroves. Even where the birds may occur more closely together, Satins tend to prefer denser, taller forested gullies to establish nesting territories. Leaden Flycatchers don’t reach Tasmania.

The Birdata app and the

by the Tony & Lisette Lewis